Stay up late. Strange things happen when you’ve gone too far, been up too long, worked too hard, and you’re separated from the rest of the world.

Ormond Studios is pleased to present its annual member exhibition ‘Thinking About Blue Almonds’, featured as part of a short series of events that also involves a film screening, artist dialogues, and a musical performance that revolve around different meanings and interpretations of the colour blue; melancholy, water, infinity, distance, night time, etc. The title is taken from the Polish phrase for day dreaming, ‘myśleć o niebieskich migdałach’, which translates as ‘think of blue almonds’.

The exhibition takes the idea of the ‘blue hour’ (l’heure bleue), the twilight between night and day. It responds to this transitional phase – the mundane shift from collectivised industrialised time to private domestic time. This temporal passage tends to serve as a period of activity for artists, who often find themselves taking up the role of the night shift worker. The studio space becomes activated as a location where unorthodox temporalities can be carved out from the diurnal rhythms that pattern daily life.

The singular nature of the studio space becomes a point of departure; a private physical space that paradoxically acts as a porous boundary between the artist and the world, where ideas and relations are free to cross-pollinate and extend beyond their conventional parameters.

Transitional states, ephemerality, non-duality and fluidity are explored on a conceptual and material level throughout the exhibition. 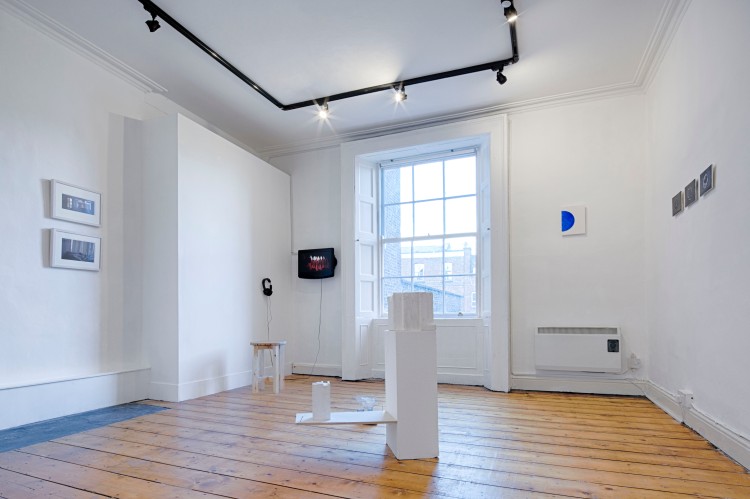 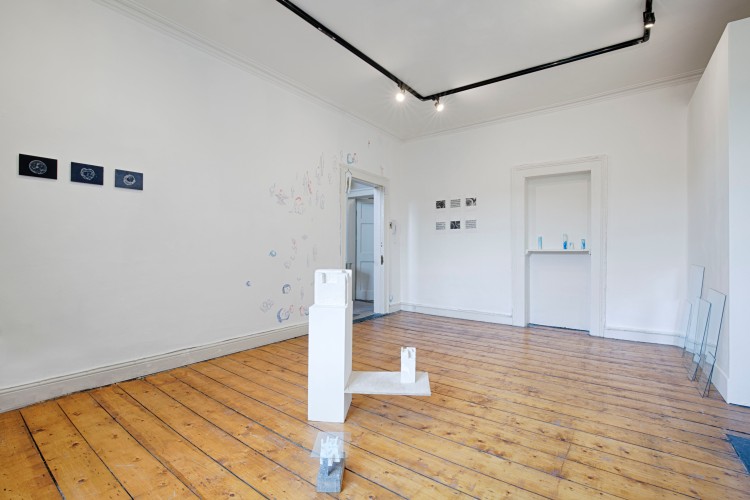 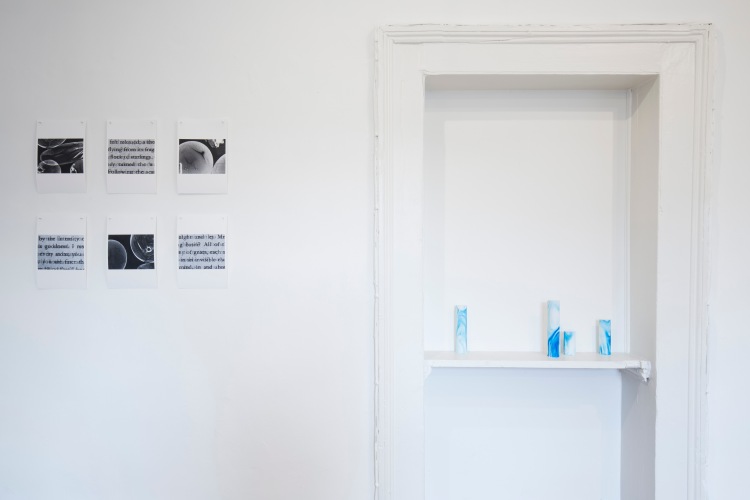 Ormond Art Studios is an artist-led initiative in Dublin city and is a platform for emerging visual artists. It supports the development of arts practice through affordable studio provision, critical discourse and space for events, residencies and exhibitions. The physical studios consists of eight individual artist's spaces along with a separate area that serves as the Project Space. The Project Space offers scope for work on a larger scale, embodied practice and experimentation. It is in this space that feedback sessions, events and exhibitions happen. We believe that critical discourse is hugely beneficial to developing a professional arts practice and essential to a dynamic arts community. Ormond Art Studios encourages members to open up their practise to peer critique and facilitates lively feedback sessions, residencies, and information/skills sharing initiatives. We believe in collaboration and connect with other creative initiatives to develop a network of support for artist‐led endeavours in Dublin and beyond. For more information please contact us at ormondartists@gmail.com Ormond Art Studios is kindly supported by the Arts Council of Ireland. View more posts